The most beautiful National reserve in Madagascar - Maroantsetra

Madagascar is a country well known for ecotourism. In the north-east of the island, precisely in Maroantsetra, in Antongil Bay, the Masoala National Park is a real tourist attraction. This region is characterized by its rich biodiversity, it is also a UNESCO World Heritage Site since 2007. Masoala Cape combines perfectly the land and the sea with the diversity of its landscapes. The place offers a great terrestrial and marine biodiversity, conducive to all tourist activities proposed by travel agency Madagascar: hiking, diving, cultural visits… According to the National Tourist Office of Madagascar (ONTM), nearly 3,600 visitors went to the Masoala National Park in 2017.

Masoala National Park is located on a peninsula near Maroantsetra on more than 235,580 ha. It is open to the Indian Ocean and limited in the west by the Antongil Bay. The park is the most important area of ​​marine and terrestrial biodiversity in Madagascar. Indeed, half of the endemic plant species in Madagascar are visible in this park. Masoala National Park is a grouping of seven parks: four land parks and three marine parks.

The region is home to more than 600 plant species, including 90 species of seaweed, about 50 species of palm and seven species of mangroves. There is also a great diversity of animals, including red-colored lemurs, Aye Aye, tomato frogs … Masoala National Park is also the natural refuge of the serpentine eagle (Eutriorchis Astur), a endemic species of the eastern wet forest of Madagascar. The region also seduces with its islets of rocks, its Coralie reefs and also its areas of meadows.

Various activities you can choose from at Masoala National Park

The Masoala National Park includes a dozen tours. Everyone can find happiness on land and at sea. There are many different activities such as trekking, hiking in the rainforests, kayaking or birdwatching. Lovers of the landscape diversity will be amazed with the circuits and excursions on Nosy Mangabe or along the west coast of Masoala during their vacations Madagascar. Many cultural and historical tours and excursions are also available. Visitors will be able to discover the waterfalls, the old railway, the bucolic rivers and many other surprises.

The park has three marine sites, accessible for snorkeling. The warm, turquoise waters of Antongil Bay are conducive to scuba diving for the discovery of fish and the coral landscape. The lucky ones will be able to observe the humpback whales that come to Antongil Bay to mate.

Nosy Mangabe, also called Nosy Marosy, is a special attraction in Masoala National Park. Despite an area of ​​only 5.2 km2, the island is full of history and rich fauna and flora. Old rocks still bear many inscriptions on the passage of the first men on the island to the adventures of the Dutch and European sailors of the seventeenth century. There are 5 species of lemurs, 39 species of birds and several species of reptiles. On the flora side, the evergreen forest called “Lohatrozona”, the coastal forest “Tampolo” and the flooded forest of Andranoalana make the richness of Nosy Mangabe for the great pleasure of those who travel Madagascar and visit this region.

For visitors wishing to mingle with the locals, a stroll on the white sands is interesting. You can meet the fishermen on their return from fishing and discover the fruits of their trip at sea in the outrigger canoes. It is always nice to see fresh products, some visitors take the opportunity to buy fish and to meet friends around a barbecue on ifaty beach madagascar.

The stay in Ifaty is not just about water activities even if many holidaymakers make the trip South Madagascar Tour, go snorkeling or relax on the beach. This place also reserves a pleasant experience for nature lovers by exploring the forest behind the village. The Ifaty region is home to an exceptional flora and fauna, most of which are endemic.

For a day hike in the Isalo National Park, we strongly advise you to have a guide. The hike is of medium difficulty, think of bringing enough water and cover your head up with a hat. The first part of the hike allows to discover the desert canyons of the Isalo National Park. Then follow the steep plateau which offers a breathtaking view of the plain. Finally, go down to the bottom of the canyon where a sumptuous picnic awaits you near the forest with lemurs, a good time after walking in the massif. You will be able in the green canyon, until a waterfall in which the most courageous can bathe.
Here is a tour that will take you to the three natural pools through a breathtaking view. But before, there is all the fauna and flora to discover and it is there that takes all the dimension of the choice of the good guide.
Before the pools a picnic is organized at the Isalo National Park.

The walk in Ranomafana Park is characterized by a dense and humid forest rich in ecosystems. The park is home to 115 species of birds, 62 species of reptiles, butterflies and rodents. But tourists visit this park especially in search of the famous lemurs and it is a real sight to see several species. Evolve in this natural environment; no rain, but the terrain is quite rugged and slippery. Because you really have to go into the forest. A night stay out to see the smallest lemur is also recommended the Ranomafana Park.
An absolutely must-to-see place!
Here is a park worth seeing, but plan the visit early in the morning, because it rains quickly in the afternoon and the lemurs nap in the high branches. The secret of the Ranomafana Park visit is to have the right guide and the good beater! So to do with your driver who knows well, if you go solo without a driver it will be more touristy. But the lemurs are worth it, and it will be necessary to go into the deep forest to find them. But rest assured, you will be able to see them at Ranomafana Park.

A very good park, perfectly arranged for groups of tourists. The entrance is however very expensive for foreigners ... In addition to the famous indri indri, you will see bamboo butterflies (or bamboo lemur) and propithecus (commonly called sifaka) at mantadia andasibe madagascar. The problem : the sifakas were introduced in the part of the park located closest to Andasibe (Analamazaotra reserve). Better to go to mantadia andasibe madagascar itself, though too far from Andasibe to walk.
Of course, it is mandatory to have a guide because finding the lemurs in the middle of rain forest is proving to be a real obstacle course (you have to go off the trails ...). Only an experienced guide will find a group of lemurs or the smallest chameleon in the world at night! The fauna and flora belongs to the most unique at mantadia andasibe madagascar. That's why, for all people who are afraid of small and large animals, it will be necessary to be very brave!
Remember to bring water, long clothing and mosquito repellent. 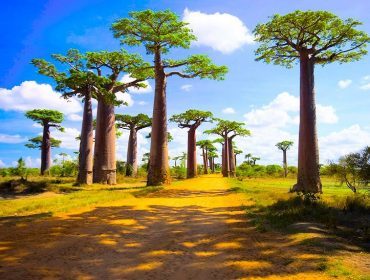 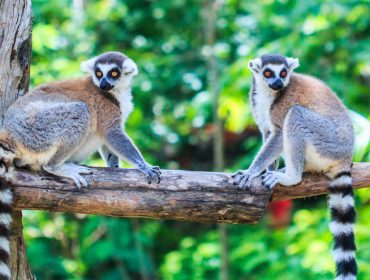 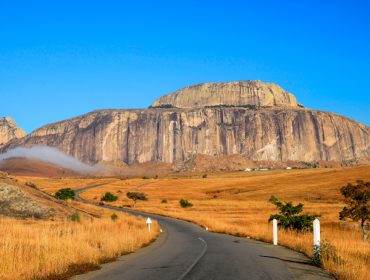